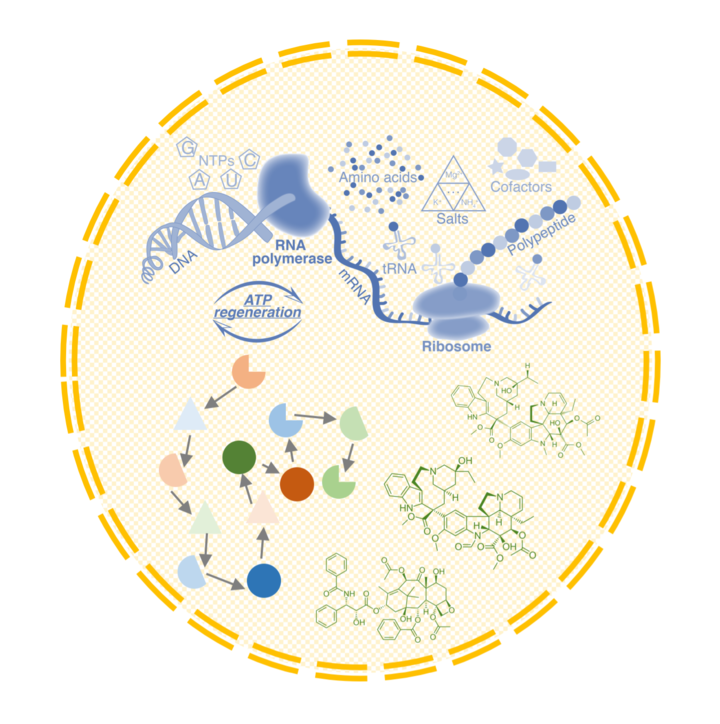 Assemble an artificial cell for employing a new biosynthesis philosophy to overcome problems associated with multi-enzyme synthesis in living cells. Make incredibly tiny diagnostic and therapeutic “nanorobot” that smartly navigate under their own power to a specific disease target in the human body. Advance the “protein origami” technology to provide inspiration for scientists hoping to create ‘smart’ materials or simply explore our understanding of the forces that control molecular interactions. 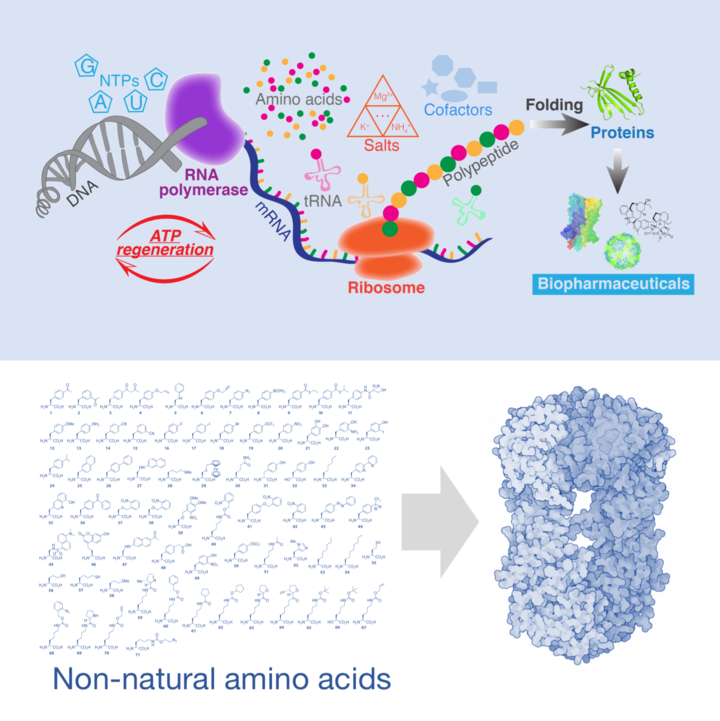 Develop cell-free synthetic biology as an enabling technology by expanding the genetic code, controlling the translation, and diversifying post-translational modifications. 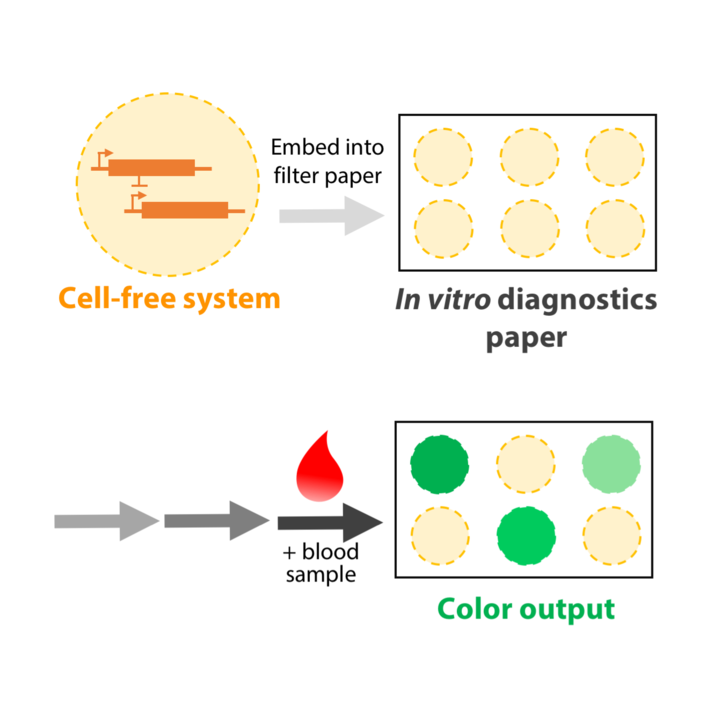 Develop a method for embedding cell-free transcription/translation biosystem and synthetic genetic network onto paper for in vitro disease diagnosis.

Dear Past, thanks for all the lessons. The rapid dissemination of the 2009 pandemic H1N1 influenza virus emphasizes the need for universal influenza vaccines which would broadly protect against multiple mutated strains. The discovery of neutralizing antibodies that block influenza infection by binding to the hemagglutinin (HA) stem domain raised the hope for broadly protective vaccines. These could avoid the need for annual vaccinations and reduce pandemic threats, and the stem subdomain of the trimeric HA ectodomain would be an ideal antigen. 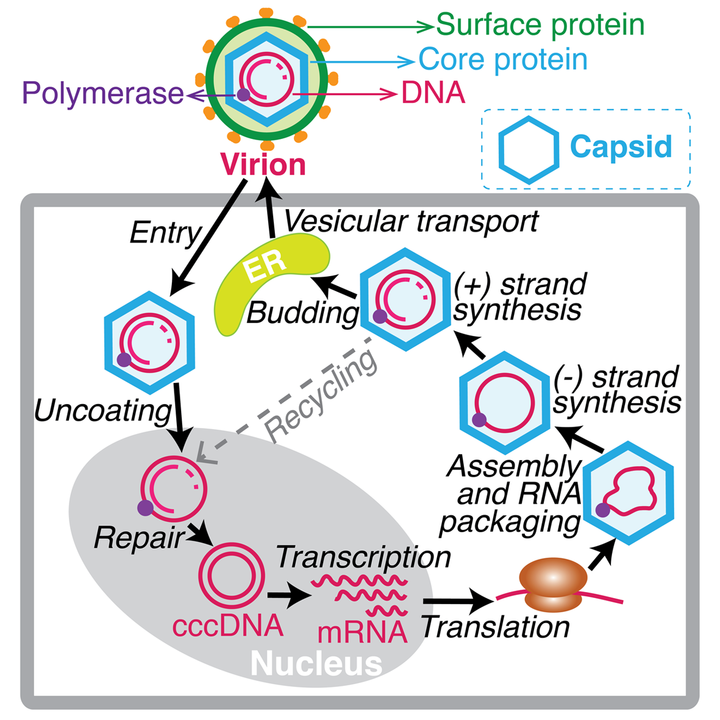 Virus-like particles (VLPs) are probably the most precisely defined and therefore potentially the most useful complex nanometer-scale scaffolds. They have been extensively explored as vehicles for many applications in biotechnology (e.g., vaccines, drug delivery, imaging agents, biocatalysts). However, particle instability, antigen fusion limitations, and intrinsic immunogenicity greatly limit their development. Amino acid sequence plasticity relative to subunit expression and particle assembly has not been explored. 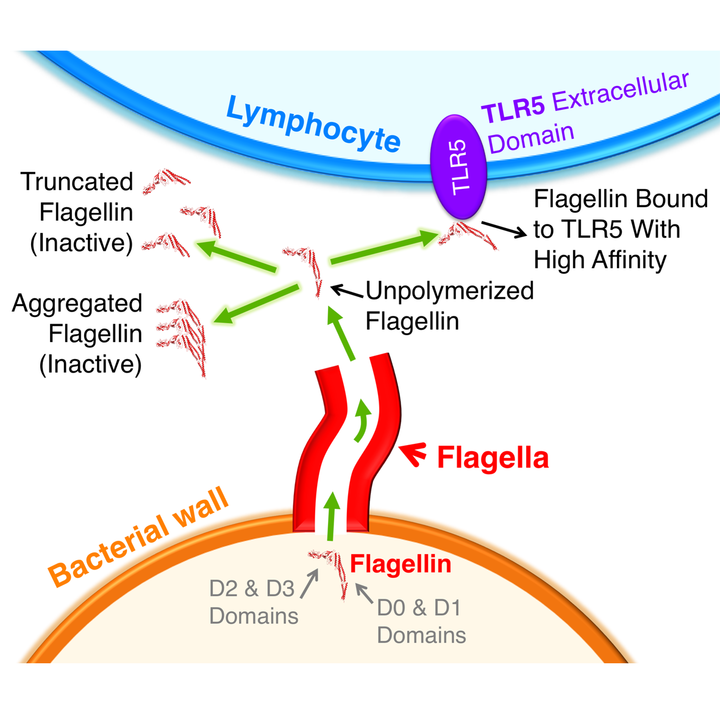 Flagellin, a principal component of bacterial flagella, stimulates host defense in a variety of organisms, including mammals, insects, and plants. As a natural agonist of human toll-like receptor 5 (TLR5), flagellin activates the innate immune response, which is considered important for priming and regulating the adaptive immune response. Over the past several years, a strong interest has emerged in developing flagellin as an adjuvant for use in human vaccines to stimulate humoral and cell-mediated immune responses. 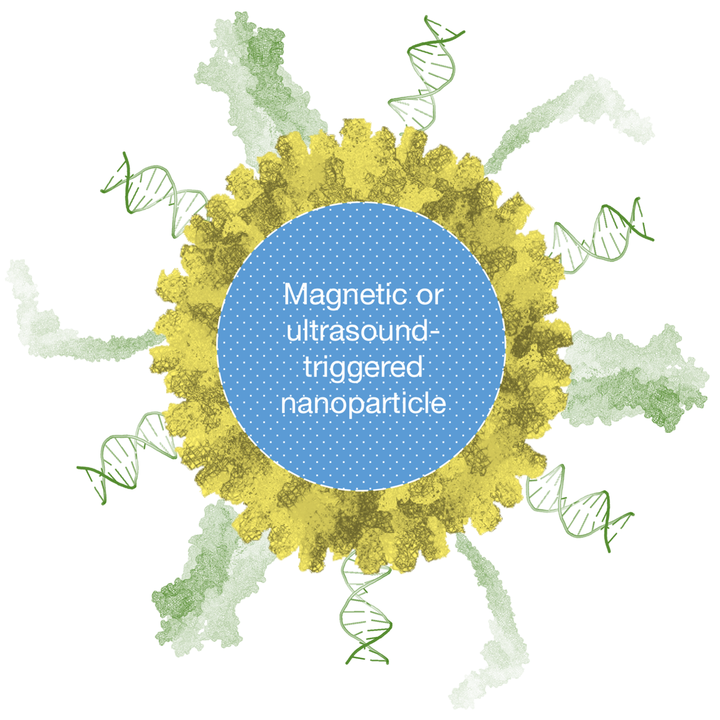 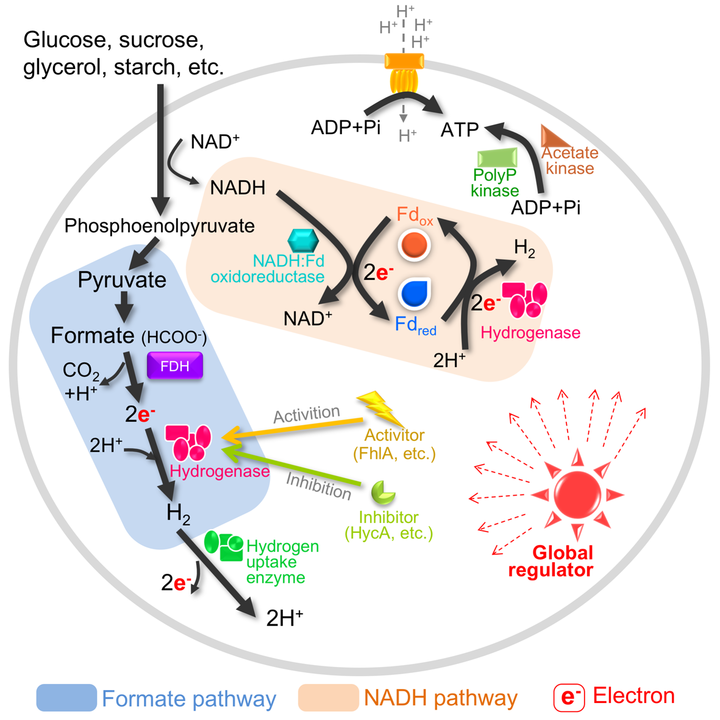 Hydrogen (H2) is an ideal and clean energy carrier for the future with many environmental and economic benefits. Among different ways of hydrogen production, biological hydrogen production by dark fermentation has been considered to be the most practical because of low energy requirement, high hydrogen production rate, wide substrate range (e.g., lignocellulosic biomass and wastewater), and simple reactor technology. However, current approaches now have run into a bottleneck that makes the hydrogen productivity hard to be further improved. In the food, cosmetics and pharmaceutical industries, due to serious environment and safety problems caused by many artificial synthetic pigments, research has focused on processes for the production of safe and natural pigments from natural resources. Natural pigments can be obtained from ores, insects, plants, and microorganisms. Red, yellow and blue are basic pigments. Most research has focused on the yellow and red pigment production. However, study of the blue pigment is limited, probably because not many organisms are capable of producing blue pigments. 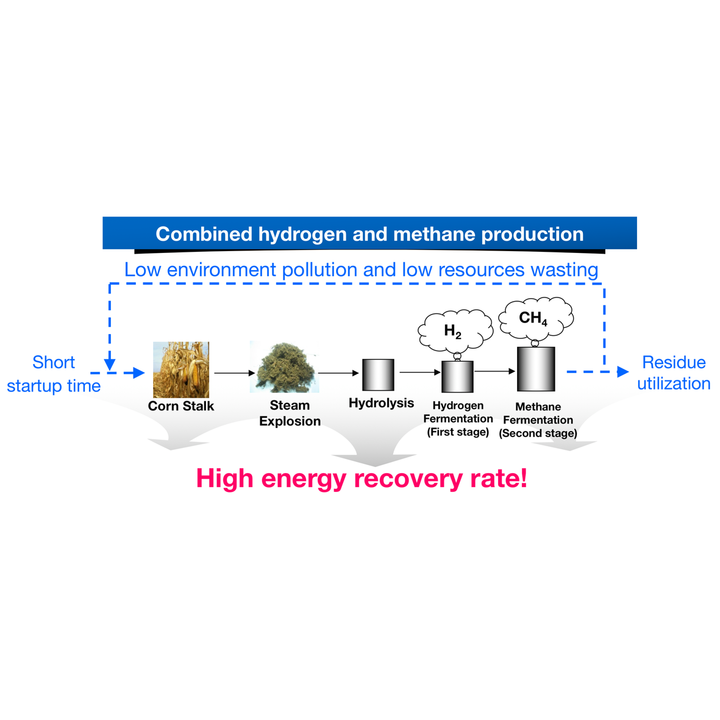 Biomass-based bioreﬁnery will be a platform for producing different biofuels from renewable biological feedstocks. As gas biofuels, hydrogen and methane are two important energy carriers, which can be produced by anaerobic fermentation from various organic wastes. Because hydrogen fermentation from organic substrates is incomplete, the integration of hydrogen with methane fermentation will beneﬁt the total energy recovery from the renewable biomass. Moreover, compared with ethanol or other liquid biofuels, hydrogen and methane are easily separated from liquid phase, which can contribute to the reduction of the process costs. 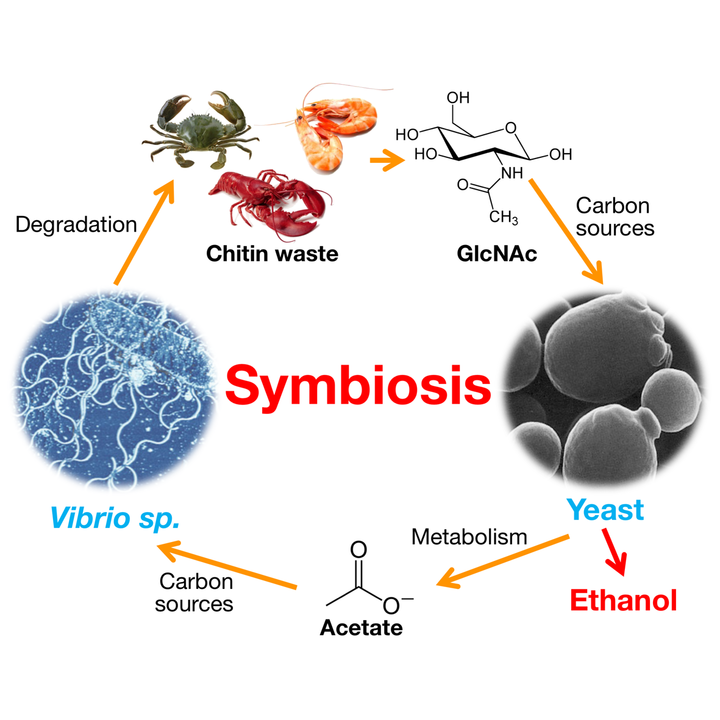 About 100 billion metric tons of chitin are produced annually in the ocean waters, 109 tons from copepods alone, the most abundant animals on earth. The ecological significance of chitin degradation has been recognized for over a century. The carbon and nitrogen cycles would cease if this highly insoluble polysaccharide was not returned to the ecosystem in biologically useful form. The commercial significance of chitin breakdown has also been recognized in the context of production of bioavailable sugars and in medicine for the treatment of arthritis, and other joint problems, such as production of ethanol.